Well, in the spirit of total disclosure and authenticity, I have been nursing and cleansing my body (especially the kidney and bladder meridians and organs) back to health this week. But I am happy to repeat that using herbs (i.e. chamomile, goldenseal, oregano, and thyme), homeopathy (anthroposophic homeopathy from Rudolph Steiner), doing Qi Gong, and taking cold baths really work. It’s always best to test these methods out on yourself before recommending them to others; “Put your money where your mouth is,” as they say.

But on another note and keeping with our sweet total connection with Nature and the change of the seasons, it is now the Imbolc! So here’s some info about this ancient Celtic seasonal celebration: 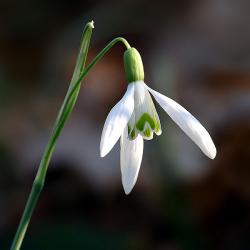 Imbolc, in the Celtic seasonal calendar marked the beginning of the lambing season and signaled the beginning of Spring and the stirrings of new life. It is Feile Brighde, the ‘quickening of the year’. The original word Imbolg means ‘in the belly’, and therein you have the underlying energy. All is pregnant and expectant – and only just visible if at all, like the gentle curve of a ‘just-showing’ pregnancy. It is the promise of renewal, of hidden potential, of earth awakening and life-force stirring. Here is hope. We welcome the growth of the returning light and witness Life’s insatiable appetite for rebirth.

It is time to let go of the past and to look to the future, clearing out the old, making both outer and inner space for new beginnings. This can be done in numerous ways, from spring cleaning your home to clearing the mind and heart to allow inspiration to enter for the new cycle. (‘Spring cleaning was originally a nature ritual’ – Doreen Valiente). it’s a good time for wish-making or making a dedication.

Imbolc is traditionally the great festival and honouring of Brigid (Brighid, Bride, Brigit), so loved as a pagan Goddess that her worship was woven into the Christian church as St Bridget. She is a Goddess of healing, poetry and smithcraft. She is a Goddess of Fire, of the Sun and of the Hearth. She brings fertility to the land and its people and is closely connected to midwives and new-born babies. She is the Triple Goddess, but at Imbolc she is in her Maiden aspect.

Some of the symbols attributed to Brigid are:

The Snowdrop. The first gift of Spring in the bleakness of Winter.

The Swan. The swan mates for life and represents loyalty, fidelity and faithfulness. Swan feathers are a powerful amulet.

The Flame. Imbolc is a Fire Festival and fire of all kinds is associated with Brigid – the fire of creativity, the protective hearth fire, and her fire wheel – the Brigid Cross, which heralds her as a Sun Goddess.

Brigid’s Cross. This is a traditional fire wheel symbol – found at the hearths of homes throughout Ireland and beyond as a symbol of protection. A customer in the shop recounted finding a hearth in Ireland, in recent years, adorned with over 200 Brigid Crosses – 200 years in the life of a hearth and a family, overlit and protected by Brigid.

The Serpent. In Celtic mythology Brigid was associated with an awakening hibernating serpent which emerged from its lair at Imbolc. Traditionally serpents were associated with creativity and inspiration – the powerful Kundalini energy of the Eastern Mysteries. Paths of earth energy were called serpent paths and at Imbolc they are stirred from their slumber.

Sheep. Brigid’s festival is at the beginning of lambing – eat ewe’s milk cheese!

Imbolc Colours: White and silver for purity, green for the fresh burst of life.

Blackberry: Sacred to Brigid, the leaves and berries are used to attract prosperity and healing. A Goddess plant, belonging to the planetary sphere of Venus.

Coltsfoot: Coltsfoot or ‘sponnc’ (Gaelic) is a herb associated with Brigid. A herb of Venus, moves emotional and physical stagnation and is used magically to engender love and to bring peace.

Ginger: revitalises and stimulates the ‘fire within’ – helps alignment with the rise of Kundalini serpent energy at this time of year!

Rowan: Luis, or the Rowan, is the tree usually assigned to this time of year in the Celtic (Ogham) Tree Alphabet. It has long associations with the Maiden aspect of the Triple Goddess. It is also known as the ‘Quickening Tree’ and is associated with serpents. Traditionally it protects and wards of evil. A sprig of Rowan can be put near the door of your home (we have a whole tree), or a sprig worn for protection. Rowan berries have a tiny five-pointed star on the bottom reminiscent of the pentagram.

Willow: The fourth tree in the Celtic Tree alphabet – S Saille, is also long associated with the Maiden aspect of the Triple Goddess. Willow is the great ‘shape shifter’ of consciousness and emotion and symbolises feminine energy and the lunar cycle. Its branches are flexible – expressing movement and change rather than resistance. It is a tree of enchantment and dreaming, enhancing the confidence to follow one’s intuition, and inspires leaps of imagination

Continuous motion, May all things flow, Circles of magic, Let the power grow, Elements mixing, Accept my plea, As I wish, So mote it be.

From The Kitchen Cauldron by M S Saille.

As part of your celebrations, light candles (the Flame of Brigid) and make wishes for your family and friends – the simplest form of candle magic.
HAVE FUN!
Source: www.goddessandgreenman.co.uk/imbolc_candlemas